Don't Be Scared of the 'Social' in Social Media...Focus On 'Media'

One of the main points which strikes me when talking to business owners and marketing professionals at the moment is that there's a real fear of 'social media' out there.  From digging a bit deeper it's clear that people are (naturally) worried about how their business or products/services can ever come across as social/sociable?

"Chris, who cares what I had for breakfast?"

is a common question I'm asked...the answer is naturally going to represent a low number, but that's a great example of someone who can't visualise the opportunity.  It's not about the menial details of your life, it's about generating awareness and excitement in your staff, your brand and naturally, your offering to the market and your expertise / ability to interact & support others.

Overall, I'd advise that you take a bit of time to investigate what's going on at present.  Just because you don't use these networks yourself, doesn't mean you should write them off.  The key question is whether any of your target market do - because if they answer is yes, why wouldn't you want them to see your logo every now and then as a bare minimum? 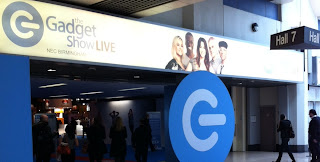 I was invited to the Trade Day of the Gadget Show with James Bennett (MD of The Accessories Crowd) and it was my first time at the show.  We started off strongly as we met Pollyanna Woodward (here's a photo of James and Polly), one of the presenters of the Gadget Show on C5.


There was a lot to see but it was apparently smaller than in previous years which is a sign of the current times I guess.  That aside, there were lots of examples of the latest technology on display - gaming, audio-visual, mobile and plenty of fun stuff in between.

My stand of the day was ironically the Polaroid stand who had a massive frame hanging from the ceiling with an empty middle - which made the point fantastically!  Typical that I'm surrounded by 3D technology and it's the empty space which made the biggest impact on me: 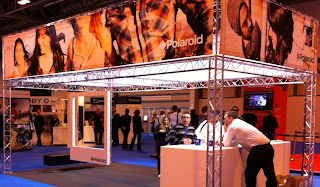 Networking in Berkshire - over 900 members and going strong

Our Networking in Berkshire website has welcomed over 900 members and this number continues to increase every week. Members advertise their own events and there are many listed on the website, as well as use this service to network online. Digity set-up this platform to help local businesses connect and teamed up with Keith Grover to launch Networking in Surrey which is now also over the 900 mark. This shows how strong the networking scene is and it's fantastic to see both these services being well sed. They are free to join so if you haven't yet, sign-up and let the others know who you are and what you do!
Posted by Unknown at 20:16 No comments:

For further information about the Marketing services we offer, visit: www.digity.co.uk